In the 90’s, the “Decade of Evangelism”, I travelled to hundreds of parish halls from coast to coast to coast, criss-crossing Canada with a workshop designed to help people to be effective in sharing their faith within their personal circle of relationships. One of the themes was captured in the symmetrical quote “No one cares how much you know, until they know how much you care!”

I was reminded of this as a local clergy man dropped in to visit us at our Roamin’ Holiday event yesterday. He commented on the depth of the friendships he witnessed and asked how long we had been involved together. When I told him we first started in 2004, he commented that our persistence had certainly paid off! 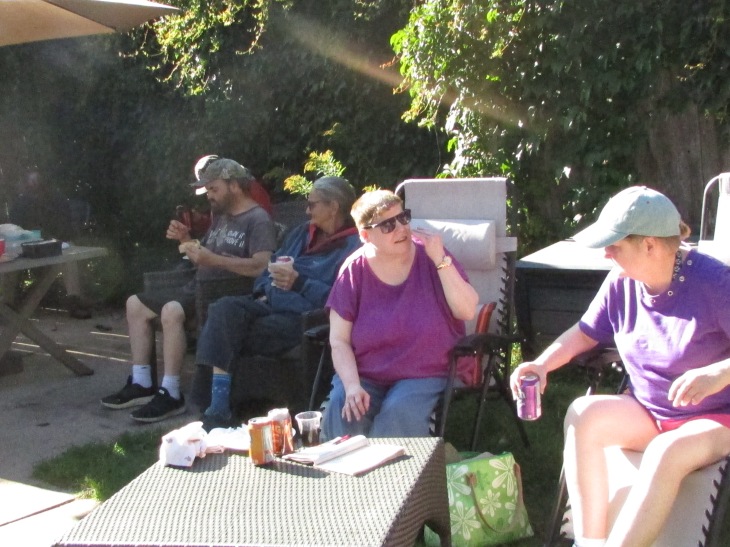 With that I began to think about when I first met some of our friends. A few really, stand out. One person was a serial offender at the half-way house and caught in the revolving door of recidivism. We began to hang out and today it has been years of not only no crime but church attendance and a genuine character change.

Another friend was homeless when we first met. She was pushing a shopping cart holding all her belongings. She was wary of ‘do-gooders’ and more than a bit hostile. Yesterday her toothless smile was evident to everyone. She has not missed a single Roamin’ Holiday this year.

I did little but continue to show up in their vicinity over the years. Eventually barriers began to come down and friendships like wet firewood were kindled. Now I can readily share my faith and get a fair hearing not because of any giftedness but through dogged persistence. Changes can be so incremental that it takes a conversation like that of my clergy friend to bring a realization of all that God is doing.

This week I have been back to work on the new project. I have been caught up in a distressing cycle of emails with city-planners. We are trying to agree on a definition for our vision of a Christian Community of Recovery at our Threshold House site. Finally, I connected by phone with a planner and we had a fruitful conversation. Our idea does not fall easily in typical categories but when we were able to creatively converse, I feel we came to a unified approach. Once I made clear we were not looking at being a place of ‘treatment’ but rather a Christian Community which is preparing those who have found hope, to become equipped to effectively share hope with others. The vision is akin to a neo-monastic community. I have hopes that this hurdle will not prove insurmountable.

We have begun a new series on Colossians at our Study and Prayer at the Out Flow Men’s Shelter.

This site uses Akismet to reduce spam. Learn how your comment data is processed.