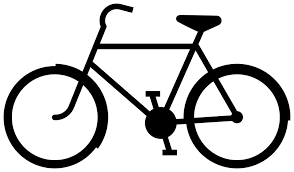 I’m a terrible pessimist! By this I mean that as a pessimist I am an utter failure. I try but I just can’t pull this pessimism thing off. Long ago I heard the quote “Pessimists are never disappointed, but often pleasantly surprised.” And I found the prospect of pessimism quite alluring. I have given pessimism an honest effort. When people would ask “How are you?” I would reply “Good, so far but it’s early yet!” I really have tried but it seems it is not really in me.

Like most of us, I have had lots of opportunity to cultivate the gift of pessimism. I have had my share, and perhaps more, of disappointment. I think though that the course toward optimism was set early in life.

I recall so vividly getting my first bike. A bike symbolized the freedom I had long yearned for. I had been trying to escape our backyard all of my childhood. I had scrambled over, under or through any barriers my harried mother put between me and the world on the outside of our backyard. Finally she tethered me to the clothesline that ran diagonally across the yard. This enabled her to tend my younger siblings, and do all the household chores, without constantly searching the neighbourhood for me.

We were a relatively poor family and there was no hope of a new bike but I was thrilled when my dad brought home a little bike, just my size, which he had found. He fixed it up and I was soon practising riding my bike in the backyard. When I say “riding” I was really mostly falling but I looked with optimism toward riding. Finally I had mastered this little fourteen inch tired bike. I was planning to show off for Dad when he got home from one of his three jobs. Just as he arrived my younger sister, and first real friend, picked up the bike and without a single practice rode across the yard! Dad was mightily impressed at my precocious sister’s mastery of the bike that he turned to me and said “I guess we’ll have to find another bike for you, Jack.”

The disappointment was devastating but later that week he brought home a 28 inch bike just for me! My feet barely reached the pedals and my feet did not come anywhere near the ground. I had to stand on a step to get on it and I dared not stop anywhere with it unless there was a step or a rock to stand on. Finally though I learned that if I ran with the bike and leaped on I could start off on level ground. That bike was twice as big and it could travel further and faster than the ‘kid’s’ bike of my sister. As the wind blew in my face as I pedalled I finally had the freedom I had longed for.

This formative experience has set my course. I have learned to fall forward! Lurking behind every disappointment and failure is an opportunity. Pessimism says things will get worse but life has taught me that though things may go badly, the opportunity to fall or fail forward is omnipresent!

This optimism is a part of my makeup but it has certainly been reinforced by my experience with God. Unforeseen and difficult things will happen but God is faithful. God has the best in mind for us and though “We see as through a glass darkly.” We can trust in that!

Though this weekend time “falls back” I chose to fall forward, trusting that “underneath are the everlasting arms”.