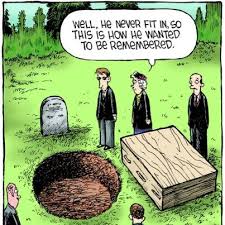 I had coffee the other day with a friend who has a very active Christian ministry in our city. As he sat down and we said our hellos I surprised myself as I blurted out the question, “Do you ever feel like a round peg in a square hole?” He quickly admitted that he did and we spent the next while exploring that issue.

Since the early days when ‘I hitched my wagon’ to the Church Army (now Threshold Ministries), I have experienced this “neither fish nor fowl” feeling. We believe that people are lost and need to hear the Gospel of a Saviour who seeks to save them. This is a non-negotiable part of who we are as a Community of Evangelists!

Since the founding of the Church Army (Threshold) there has also been an emphasis on the more ‘’social’ aspects of this lost and fallen world, such as the alleviation of suffering and issues of justice. We believe this lost world is in need of healing, and that is found in the Kingdom of God. Putting the evidence of this just and healing Kingdom on display is a second non-negotiable for our community!

Street Hope reflects this ‘octagonal peg-ness’. The Evangel, the Good News, is at the very heart of what we do and who we are. The person of Jesus is introduced and his love proclaimed, yet we do not press or force decisions. A good farmer does not pick fruit before its time. The process can be agonizingly slow but we can but sow and water. It is God alone who gives the increase. We also believe that evangelism is about much more than making a decision. Our goal is to “make disciples”. Disciples, unlike cookies, cannot be mass produced! Jesus worked with a small number and over 2000 years later they have impacted the entire globe. There is a power inherent in the mini which cannot be replicated in the mega. We stay intentionally small while the world around us measures only bigness. Street Hope cares about people and justice but we are not a shelter or a food bank or soup kitchen. These places meet the need in a mega way but we seek to see individual lives changed.

We are neither fish nor fowl. We are little noticed and less understood and that is alright. The world needs octagonal pegs too. We will muddle on in our small corner content in the knowledge that God has a place in his Kingdom for pegs like ours.

We finished our Roamin’ Holiday last Saturday with a backyard barbecue. At the end of the meal we began to reminisce about our summer travels. Everyone had the opportunity to share and it was a delight to hear of the great experiences people had. One young woman shared that this was her first venture like this and how much she enjoyed it. I first met this young woman several years ago when she was homeless and pushing her belongings around in a grocery cart. She was sullen and silent. Over the years ever so slowly she has begun to open to our friendship. She is a regular Friday Nights and went on the last two of our travels. It was touching to hear her testify about the fun she had. This was not just a highlight of the night but was a highlight of the summer. God has been at work in our oddly shaped little world!

2 thoughts on “Pegs and Holes”