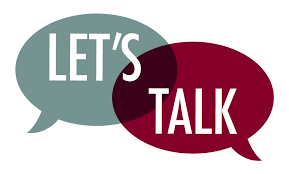 The excitement of being a new dad took a horrifying turn. I picked up my little guy, Jamie, from his nap. His body was cold. There were these horrible black circles around his eyes. That image of holding the lifeless body of my son became frozen in my mind. It became frozen in time. I carried it with me like a fresh wound for over thirty years. It lurked, not in the background of my mind but in the foreground. Every thought every experience was filtered through that frozen moment! A combination of rage and worthlessness simmered just below the surface waiting to erupt. This was PTSD (post traumatic stress disorder)! I ruthlessly clamped down on these thoughts most of the time and managed the disorder, hardly living the “victorious Christian life”. A few years ago a therapist helped me to ‘jar’ that frozen image loose and to appropriately file away this sad and tragic moment. I thank God for humour which was my major coping mechanism!

In my time with Street Hope I have had the honour of being friends with folks who struggle every day with mental illness. I hear stories of them being turned away at the hospital despite sharing suicidal thoughts. I have a friend who was arrested rather than hospitalised. She was taken handcuffed in an unheated van to the women’s jail in Mirimichi (several hours drive) where she spent the weekend before being similarly brought back to Saint John for a court appearance. Thank God, the judge ordered her admitted to hospital.

Many of my friends who struggle with mental illness frequent the free meals offered in the city. The disability cheques are so small that the wisest penny pincher would run out of money before running out of month! In these settings they are often cruelly taken advantage of by the street-wise. Because of their sometimes erratic behaviour, landlords often evict them, not returning damage deposits. Folks least able to manage find themselves homeless, living with the sharks on the streets.

I regularly “talk” with my friends about their struggles. I believe we can’t just talk once a year on “Let’s Talk Day” but to be aware every day of the toll mental illness is taking in our communities. The Church of God ought to be at the forefront of this as in the evangelical heyday in England.

I know we each have our private battles and too often we battle alone, but this is not the way of Christ. My struggles seem smaller among those who talk and larger in the congregation of non-talkers.

This site uses Akismet to reduce spam. Learn how your comment data is processed.