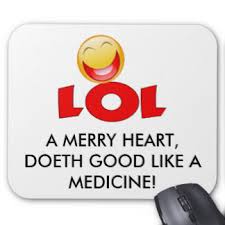 It was a quiet winter day. The bulk of my ‘ministry’ duties were behind me. The last pot had been scrubbed and the door shut on our spaghetti dinner. My friend Tony had arranged, with some of the families of the basketball team he coaches, to cook and serve a meal at our Drop In. This was week 2 of 3 that such groups volunteered to feed our folk. I was enjoying a leisurely afternoon with no big event on the horizon. I turned on the television and began to watch “White Christmas”. I don’t know how many times I had seen it before but I thoroughly enjoyed it that afternoon. I found myself laughing out loud at some of Danny Kaye’s antics. I know people often type lol but we seldom do really laugh out loud! But this day I laughed (not just chuckled) several times. As I laughed I began to feel different! I felt as if a dark cloud was parting and the sun was breaking through. I hadn’t realised until that moment how sad (read depressed) I had been. 2017 has been a tough year. Our hopes for better health for our daughter-in-law have not been fulfilled. Death has dogged us first my mom, then my sister-in-law, and my dear friend Donnie. Finances for the ministry have lagged, and I have dealt with a number of aches which remind me I am not as young as I was. That laugh though broke something! Danny Kaye was a gift from God to me that day.

A friend was opining about “the war on Christmas” and people’s militant insistence on the phrase “Merry Christmas.” He asked if “merry was even a biblical word. I reached back into my King James infused memory and retrieved the adage “A merry heart doeth good like a medicine.” That afternoon I experienced that medicine. With that chortle hope broke in. It marked the advent of God’s work in my life. The circumstances of this sin sick world were the same but I was no longer the same. Laughter proved to be the best gift of all this Christmas. I enjoyed the services on Christmas Eve and Christmas much more because of the advent of hope.

Too often we can go through life unaware of the joy which is the fruit of knowing Christ. His gift of laughter might not unleash joy in all of us all the time, but it certainly (if unexpectantly) did for me. Instead of merely typing ‘lol’ I am going to attempt to laugh more this year. We have “good tidings of great joy…”

Tonight we have folks who have made soup and sandwiches for those who venture out to our Drop In on this cold December night. I expect that there will be lots of joy and hopefully laughter filling the room. I hope we can carry it throughout the year.

“It’s cold out on the streets.” This was my greeting from a fellow coming into our Drop In for a hot coffee and some fellowship. It was cold in temperature but it is cold in more ways than just that one. I was thinking of my friend and his remark as I found myself as the unexpected preacher at this past Wednesday’s worship time at the Men’s Shelter after an Out Flow meal. I was asked to read the Christmas Story from Luke 2 and “say something about it.”  My ‘go to’ Christmas message is an harangue against the god of materialism and greed at whose altar society so faithfully worships at this time of year.  But as I thought about my friend I realised that this crowd was not caught up in the ‘spirit of consumerism’ but were rather ensnared in jealousy and self-pity. I felt that they too needed reminding that the message to humble poor shepherds was good news for them.

After my mother’s death this year we discovered all of the Birth announcements of her children and grandchildren and great-grandchildren among her treasures.  Birth announcements were obviously important to her. Jesus’ Birth Announcement came not in the Free Press, or Journal, or Tribune but instead was heralded by angels; “For unto you is born this day in the City of David, a saviour who is Christ the Lord…” The good news to the humble poor was the coming of the long awaited Saviour. The oppressed looked longingly for this first advent through all the cold and lonely nights. This coming Saviour would take up their cause and deliver them. The day of Salvation was dawning. This infant, Word of God, was to go from the crèche to the cross, to the tomb, before his return to the Father’s side. All that was beginning with that original Birth Announcement.

This remains good news to my friend from the cold streets and so many of his fellows. The Saviour has come. But there is more good news. This Saviour is the anointed Messiah and Lord of all! Together with all my desperate friends we look for the Advent of the King and Messiah. Like shepherds so long ago we wait and long for this ultimate deliverer.

My friend is keenly aware of his need for such a King and Saviour. He has good news to those who sit in Pierre Burton’s “Comfortable Pew”. Those in more temporally blessed circumstances have the opportunity to be good news to my friend and all his fellows. “God so loved …. That He gave” We most resemble our Father when we likewise practise generosity. We need the poor and the poor need us! Such need is captured in the Good News of that first Birth Announcement.

“What in the world were they going out to see?” This is the question that occurred to me the first time I read about the crowds going out to see John the Baptist. Mark tells us that it seemed like all of Jerusalem and the Province of Judea were going out to him, in the wilderness. John is following none of the modern rules of evangelism or church planting. He is not going to where people are and engaging them in their particular context. Instead he is to all appearance a misfit, dressed oddly in camel skins and has a strange diet of locusts and wild honey. Yet all these people thronged to him! Why?

The message as recorded doesn’t seem that attractive either. “Repent.” is his message. This is not a message that is usually gladly received. It means that you are doing something wrong. You are going the wrong way! No one likes to hear that they are wrong, let alone travel into the barren wilderness to be told this. John’s message contained much more than “You are wrong ! Get turned around!” He was herald announcing the long awaited Kingdom of God was being ushered in.

John like a royal herald was announcing, after generations of silence, the age of the ‘Messiah’s Reign’ was about to begin. His call was to prepare our hearts and minds for this new reality. The Kingdom of justice and peace was at hand. John was saying if we were to fully enter this Kingdom we must first renounce allegiance to the Kingdom of this world.

John heralded the coming of the Messiah, Jesus many years ago as the rule of Christ was declared. Today we live in that reign begun in those heady days of John, and we await the second advent of the Lord. He will one day establish peace and justice firmly and finally. In the meantime we partner with our Lord in actively living out his reign in our lives as we live as his agents of peace and justice. This is the good news that drew people to John and it remains as a gospel that resonates in this weary old world today.

Advent is a time of fresh starts! John the Baptist enters the weary world that has been mourning in lonely exile awaiting the Messiah who would change everything, with the words “Repent the Kingdom of God is at hand.” He offers a fresh start and this gracious offer resonates with the public. He is scratching where they are itching. They like us need a fresh start, a chance to turn from the tired ways that are not working for us and turn toward God and the way of his Kingdom.

This new blog is an expression of this ‘fresh start’. After a time of frustration with my former blog I opted for a fresh start with a new one. “Hope & Reedemption” will continue to discuss the life of our Street Hope community and my personal experiences and musings. Over the years a number of people have become readers of my old blog and I hope those folks will find their way to this one. I hope, too, that others might be introduced to Street Hope through this new effort. Blogging has become an important means of staying in touch with friends and supporters and to hear from them through the comments section.

I invite you to take a look here each Friday for my weekly writings. I try to make them interesting and I try to make them short approximately 500 words. Perhaps you would like to join me on this journey of faith. I look forward to many more submissions.